SSIS like many other tools can lead to 'dependency hell'. This is where packages or stored procedures are developed that carry out many tasks. With many of these packages it can be very hard for a new developer to understand the dependencies. This makes for expensive maintenance, testing, error recovery.

There are frameworks around that can limit this.

One of the execution frameworks I've had lots of success with is Sprockit.

Sprockit is a powerful but lightweight ETL process controller for managing SSIS packages and T-SQL stored procedure execution. It's free, open-source and written purely in T-SQL. Richard Swinbank developed it.

In this post I will show how you can create a diagram of dependencies with R stats.

Taking up from the end of the tutorial on Richard Swinbanks site.

We first need to create a stored procedure that we can query from R. This procedure creates Digraph text.

I've included some format code in the code above.

This code is used by DiagrammeR.

You can adjust this code for your own taste.

With this stored procedure done we can look at the R code.

I'm using RODBC to connect to SQL Server. The database is on my machine and I am an admin on the database called SprocketTutorial.

When the data gets into R it comes with \r\n - these need to be removed.

Based on the tutorial on Richards site we have the following diagram : 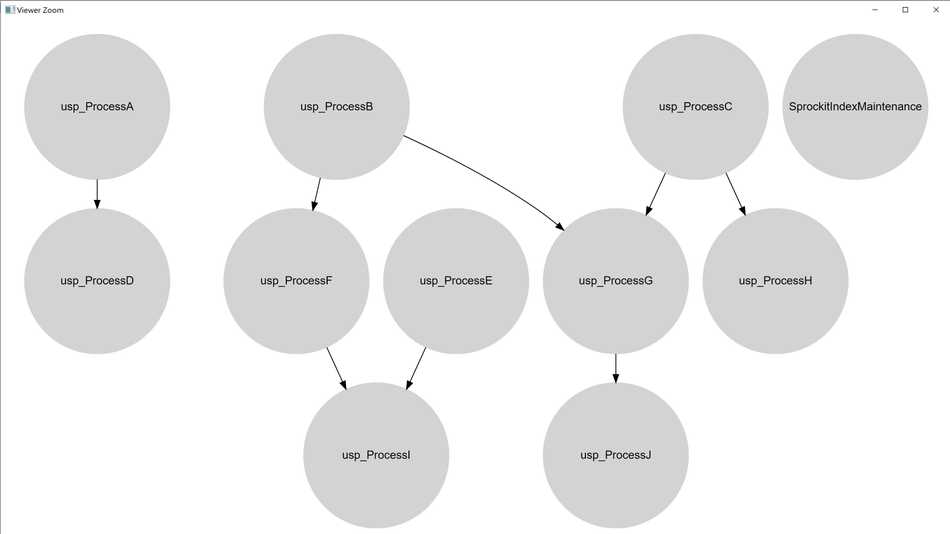 You can have a look at the DiagrammeR site as there is a lot more power available for creating these graph diagrams.

This diagram is great for helping developers understand the dependencies that are at the heart of the Sprockit execution tool.

You can run this code as part of your CR pipeline to ensure your documentation is kept up to date.